skip to main | skip to sidebar

Not knowing until the last minuet 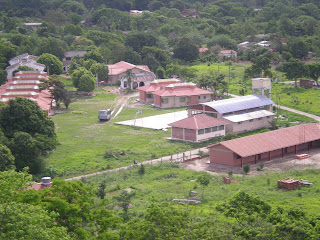 The last week has really though me something about planing and time, here it dosen’t really exist.
Or it does exist, but they don’t tell you when it’s VERY important that things happens exactly “punto”, and when it’s “later relax”
Let me give you an example:
Late Tuesday evening the leader of the Alalay-village told us; tomorrow everything has to be out of the Cabañas before 7am. Because they are going to spray all the Cabañas with bug toxic. And we had to be out at 7 because then the men would start, so we woke up very early the next day to move out everything, and the bugmen started. But my dear reader not on the inside, no no no, on the outside. Yes of course they started were we had stashed all the clothes. We had three very noisy nights after that with crying kids who were itching from the toxic.
So when we came to the apartment on Friday we were of course very tiered, but then, we had to help moving to the new house. And we had to help packing everything. Because apparently one week wasn’t enough time for the our dear dear contact person to pack down his cloths, so we had to do that too, with him asking us to do everything faster cause the moving truck were coming soon. I can tell you that it was 4 some what angry girls that paced down everything in that apartment…hehe
And then when all was on the moving truck, we had to get on the truck. It was an interesting experience to stand back on the truck with all the things while it was driving through Santa Cruz… so fun and so dangerous...hehe… we are living on the wild side here.
Alalay bought 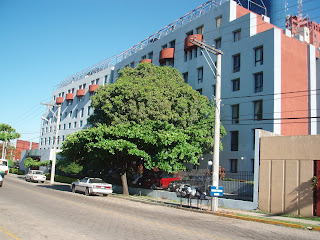 two small houses 20 min from Centrum, they are really cute, but need some work and cleaning… but at least we have space for everybody now…
I can’t believe it is December and soon Christmas, but I look forward to experience Bolivian traditions. However something is very wrong when it’s sun and 30degreec on Christmas Eve, when it should be cold and rain/snow.
Lagt inn av Aggie i Bolivia kl. 12:20